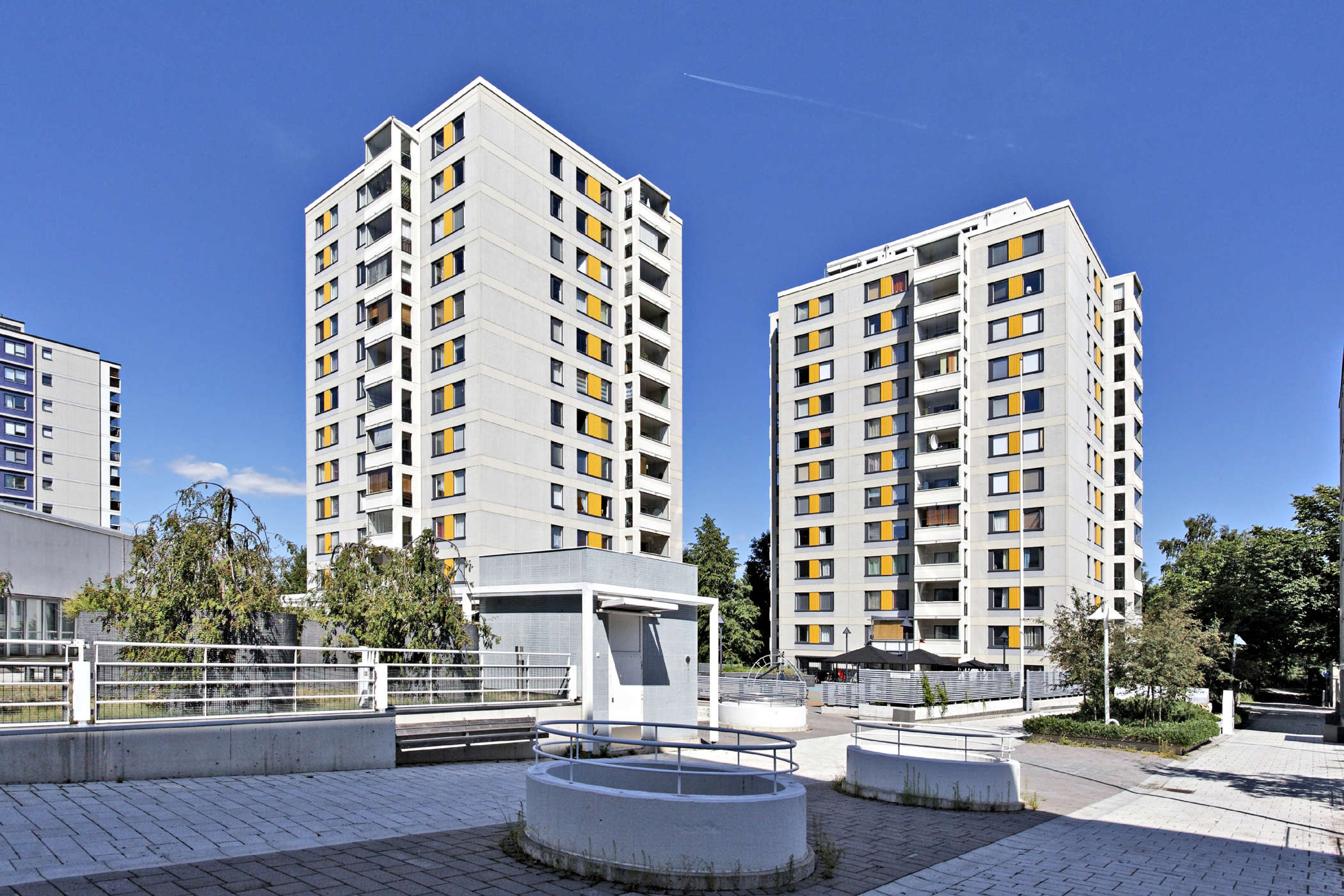 Helsinki’s Itä-Pasila may appear grey and concretey at first, but it has a warm heart with play parks and art. Transport connections from SATO's Pasila rental apartments to all parts of the Helsinki metropolitan area are smooth.

Pasila is located around 3 km from the centre of Helsinki and divided into four areas: Keski-Pasila, Itä-Pasila, Länsi-Pasila and Pohjois-Pasila – or central, east, west and north, respectively. Underneath the solid concrete appearance of Itä-Pasila there is a warm heart, and you will hear languages from every corner of the world in the streets here.

See our five tips to get to know Itä-Pasila.

1. Mäkelänrinne Swimming Centre is paradise for those into keeping fit

Finland’s most popular swimming centre is frequented by those swimming lengths as well as kids taking swimming lessons. Its specialities are the 50-m Olympic size pool and the high diving platforms. In addition to swimming, you can also work out at the gym or take part in a variety of exercise classes. This sports centre also often appears on TV as it has been the venue for many international competitions and has even been used as the location for a TV series.

Pasila is a flourishing cradle of urban street culture. You will find genuine and authentic graffiti art in “Pasila Gallery” – the abandoned railway tunnel between the Teollisuuskatu and Mäkelänkatu streets. You can walk through the tunnel, which has also been used as a location for many films. It is a good idea to bring your torch and camera for this walk in the true spirit of the underground. But remember to watch out as the tunnel is also used as a service route by vehicles from the nearby construction site.

3. The 100-year-old Peace Station has witnessed a lot over the years

There is a lovely yellow wooden house sitting in the middle of the bunker-like office blocks. This is the Peace Station, originally built to serve as a railway station in Vammeljoki on the Karelian Isthmus, an area that is now part of Russia. The house has been described as the most beautiful building in Itä-Pasila. Assigned for demolition, the Peace Union of Finland stepped in and moved it from the side of the railway track to its current location. Today the building serves as NGO headquarters and can be hired for private functions.

4. Fun times together in the playground

In the mornings Leikkipuisto Lehdokki playground hosts little children, while in the afternoon schoolchildren arrive for their afternoon club. Father-kid activities are organised once a week, involving play, cooking and excursions. Play and spending time together are the number one priorities here.

Designed by Kaarlo Leppänen and completed in 1986, the Pasila Library is the main library of the Helsinki City Library. You will find around 170,000 publications here, and another 250,000 stored behind the scenes on 8 km of shelves. The library is like a second living room for the locals, hosting exhibitions, language cafes and reading groups.

Things you didn’t know: Junailijankuja 10 has large one-bedroom apartments that are ideal for sharing thanks to their layout.