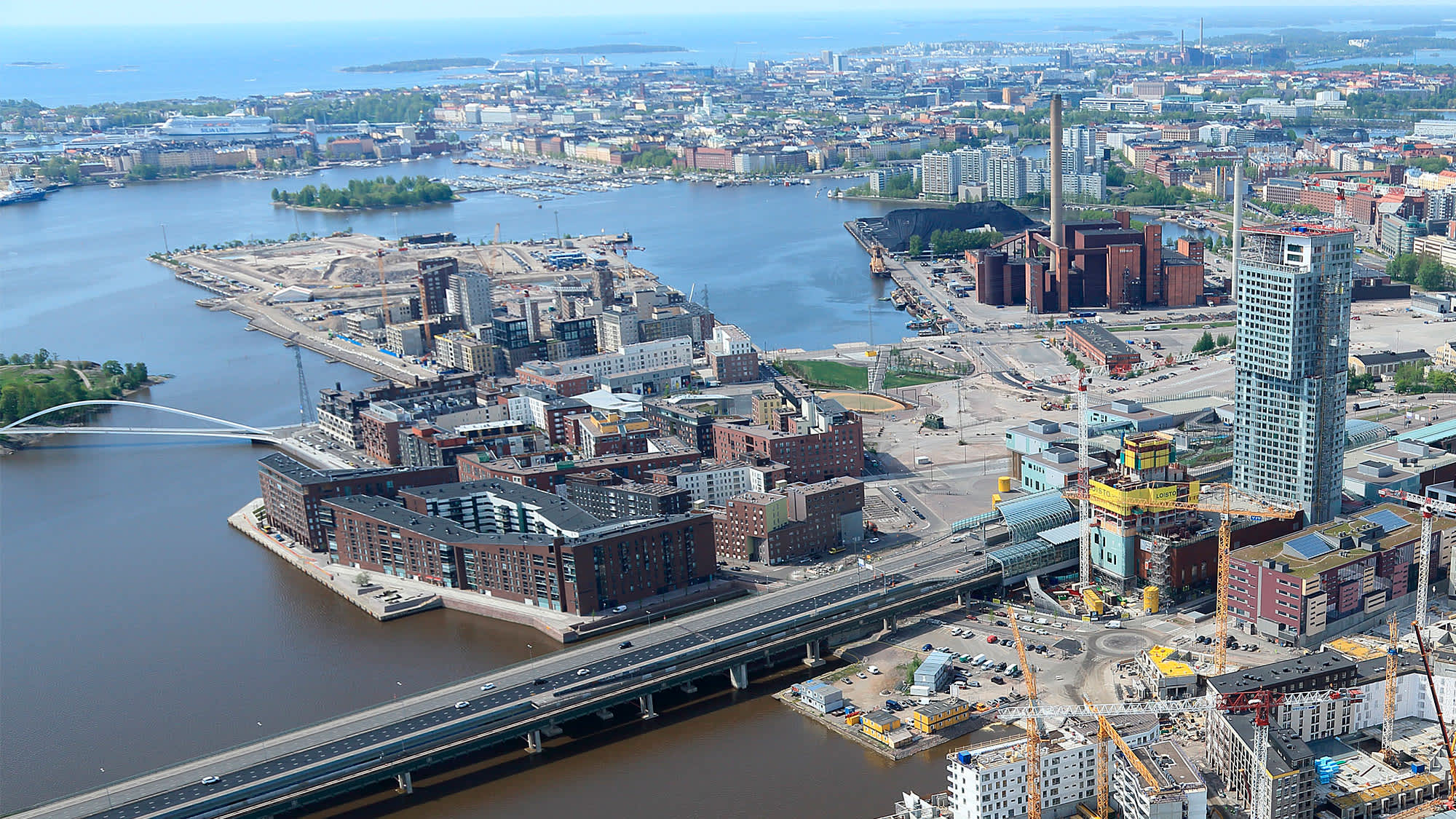 In the vibrant Kalasatama district near inner city Helsinki the only constant is change. You will find colourful services and things to do from the Sompasaari sauna to the foodie favourites of the Teurastamo area as well as stylish rental apartments.

Located northeast of the centre of Helsinki, Kalasatama is undergoing a major transformation. The Kalasatama area of the Sörnäinen district is turning into a densely built-up area where the construction work will be fully completed by 2030. By that time the area will provide homes to around 18,000 and workplaces for around 10,000 people. The Redi shopping centre with its tower blocks is also under construction in the area by the Kulosaari bridge.

1. Toni&Toni is a bike shop for all

Kalasatama is a good location for the Toni&Toni bike shop because it is easy to get to and rents are not as high as in the city centre. The shop caters for professional as well as other active cyclists – those who know what they want. Although aimed at pros, all kinds of bikes are fixed and serviced at Toni&Toni.

2. Take a walk around Kalasatama

At Kalasatama it is a good idea to leave your car behind. The temporary traffic arrangements will make your head spin no matter how well you normally know your way around. An afternoon walk around Kalasatama streets will be a nice adventure for the entire family.

Make sure you visit the Sompasaari docks to see the well-preserved fishing boats. Then go for a change of scenery to Sörnäistenlaituri, the local seafront boulevard, and perhaps soak in the sunshine on the terrace of the Nepalese restaurant, Pikku Nepal. If you still have the energy to experience some city centre buzz, the trip to the Central Railway Station takes a few minutes from Helsinki’s latest metro station at Kalasatama.

3. The changing sauna of Sompasaari

Helsinki’s most informal sauna can be found at the end of the Sompasaari docks. Its story began in 2012 when a group of sauna activists decided to put a piece of wasteland into a new use. The sauna has undergone a transformation every year as the public officials have usually ordered that it must be demolished at the end of each summer.

The sauna cannot be reserved, but anyone can heat it up at any time. The constantly metamorphosing sauna is symbolic of the changing district. And the view from the sauna to the sea is simply stunning.

4. Clean and tasty food from Teurastamo

You will find a lot of unique services in Kalasatama. You can, for example, visit what many people say is the Arab food shop in the city. In the Teurastamo area you will find treats such as the legendary hamburgers of Roslund meat shop, B-Smokery’s ribs and Jädelino’s home-made artisan ice cream. Kitchen Kellohalli operates in the atmospheric premises of the old Sörnäinen abattoir. The chefs are busy at lunchtime, and their meatballs melt in the mouth.

Graffiti artists will have a great time with the numerous walls on Sompasaari docks that have turned into a major spot for graffiti art in the true spirit of urban culture. Doing art on the walls is permitted as they are temporary structures around the building sites and will be removed once progress is made in construction.

Winner of multiple international awards, Circus Helsinki is a circus school for all from toddlers to teenagers and beginners to pros. You can step into the magical world of circus as a member of the audience or take part in the training.

Circus is a popular hobby as you can try out almost everything and have a say on what you want to do.

Things you didn’t know: SATO won the competition on the Capellan puistotie 2 site as, according to the jury, our plan was: "Something never seen before, full of personality, sophisticated and a strong architectural whole utilising the traditions of modern architecture in a new way.”