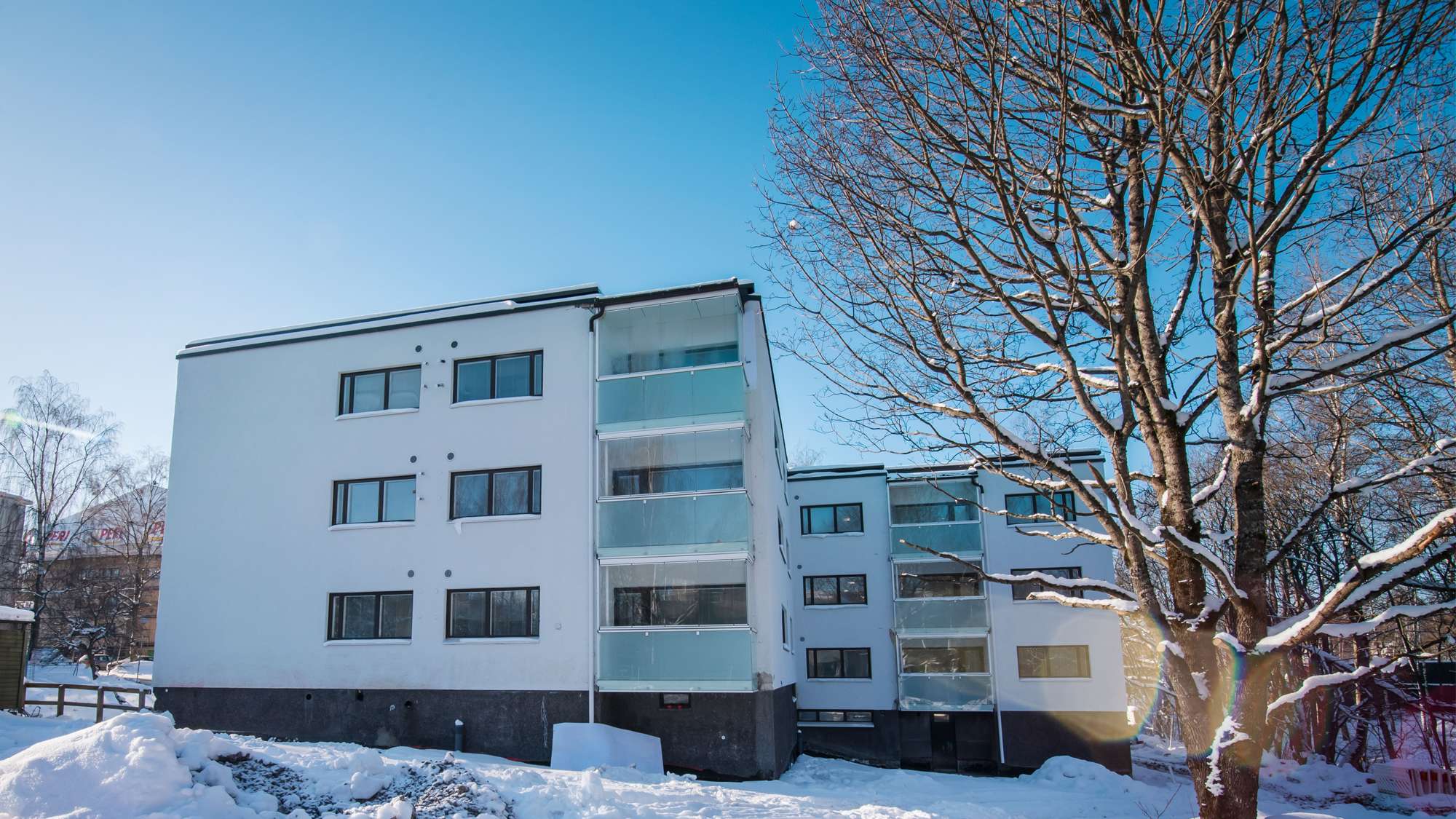 Welcome to Reimarla, where SATO's houses are named after The Seven Brothers by Aleksis Kivi, one of Finland's national authors. But alas, there are more than seven houses, and we are not in Southern Tavastia but Western Helsinki. Let's take a closer look!

Reimarla is a snug neighborhood for some 5,000 residents. It's located in a triangle formed by Kehä I, Pitäjänmäentie, and Vihdintie streets. The sound barriers keep out the noise from the bigger streets as the smaller avenues persuade you to take long morning walks to parks in Mäkkylänkallio, Pajamäki, and Tali.

SATO offers an entire block of rental apartments in Reimarla. The houses built in the sixties are named after characters of The Seven Brothers by Aleksis Kivi, and the ones built in the nineties got their names after the locations from the same book. The older buildings are ready to be renewed, and Piispantie 3 A-D's (Eero and Venla) major renovation is completed in the winter of 2021.

All the SATO rental apartments of the neighborhood have smart and compact floorplans, and the surrounding greenery shines its glow into the homes.

Who wants to live in Reimarla

Reimarla is especially for you, if you want to live in Helsinki, but tend to find yourself regurlarly in Leppävaara for some reason. The bus stop is just a stone's throw away from the block, and the train station is within a kilometre.

Reimarla is especially for you, if you love a light filled home, but do not yearn for extra square metres. The biggest apartment in the newly renovated houses is a 50 sqm 2-bedroom home, that's absolutely handy when working remotely.

Reimarla is especially for you, if you are ready to make a home for you in a developing neighborhood. Next major renovation is completed in Rikhard Nymanin tie 3 (Simeoni and Aapo) in the summer of 2021, followed in the future by Piispantie 5 and 8. That means you will get full houses of brand new neighbors - an opportunity to create a brand new community, and a place that you always want to return to, like the seven brothers to Jukola.

Sidetrack: Got interested in The Seven Brothers? Here's more info on the national treasure »