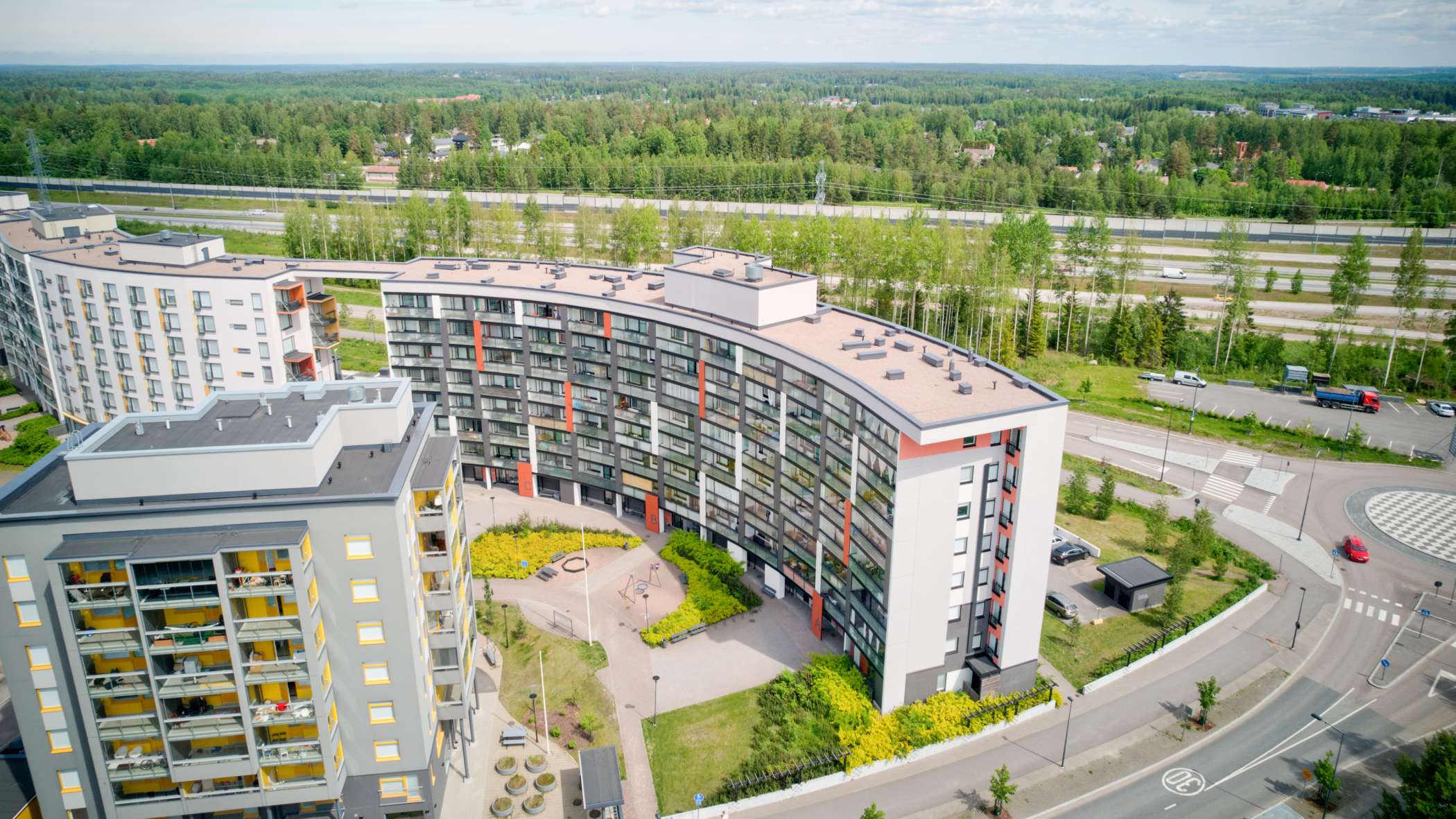 Classy rental living in the Keimolanmäki area of Vantaa

Keimolanmäki is a quiet residential area in the western part of Vantaa, in the major region of Kivistö. Homes for around 2,500 residents are planned for this area. Keimolanmäki is the place to rent a modern home close to the Isosuo nature reserve, the courses of Keimola Golf and the Petikko forests.

The first Keimolanmäki residents moved into their brand new homes in March 2016. The area already has schools, a large daycare centre and several apartment buildings. The nearest train station on the Ring Rail Line running southeast of the residential area is in Kivistö, less than a kilometre away on the east side of Hämeenlinnanväylä road.

Vroom – a brief history of Keimolanmäki

The distinctive street names in Keimolanmäki hark back to the old race track that once occupied the area. It motivated street names such as Ajolenkki (Loop Drive), part of the old track, and Varikkokuja (Pit Stop Lane), the latter for obvious reasons. The area will also have a park called Ruutulippu (Chequered Flag) and Lincolninaukio square, while the go-kart track that also used to stand in the area is now commemorated by the name Pikku-Keimolan polku (Little Keimola Pathway).

Isosuo in Keimola is the most typical and extensive raised bog in the Helsinki Metropolitan Area where you can find many swamp types that have been classified as endangered in Southern Finland, diverse vegetation and wild animals. Wide and well-maintained pathways travel right next to the swamp on its eastern and western sides.

When it is a good year for berries, Isosuo also has plenty of bilberries and cloudberries. Moose and deer can be spotted at the swamp, as well as many species of less common birds. Many butterflies flit around the open swamp and one of the best butterfly spotting areas in Vantaa, located around the former Keimola radio mast, is right to the east of the swamp.

How about a round of golf in just about your own backyard? You can do this in Keimolanmäki: the diverse Keimola Golf Club is just a few strokes away from SATO’s rental homes in Leksankuja and Varikkokaarre.

The club features two 18-hole courses called Kirkka and Saras. Kirkka has quite wide fairways with plenty of space alongside them. While Kirkka is a favourite among many beginners, more seasoned golfers, too, find the course a pleasant challenge. Woods border most of the Saras course, where the club holds all of its competitions and corporate events.

If you are looking for a forest adventure, Petikko recreational area is the place to go. There are ample fields and meadows between forests. The Petikko area offers genuine wilderness experiences in the old forests of the Natura 2000 network and cultural landscapes dating back hundreds of years.

Petikko’s routes are suited to walkers, skiers and campers. There are exercise equipment as well as tables and benches for picnicking by the “Petikko gate” entrance. Many recreational activities and associations have found their place in Petikko. There are active ski and orienteering clubs, hunting clubs, a dog training association and a model aircraft club.