Looking to the future

SATO's strengths are its own land and plot reserves, and its extensive experience in property development, with which we can continue to increase the range of apartments available. The book value of plot reserves totalled EUR 67.1 million on the first quarter of 2021. The value of new plots acquired from 1 Jan to 31 Mar 2021 totalled EUR 4.4 million.

Complementary construction plays an increasingly important role in SATO’s property development. Producing new apartments in an existing urban structure benefits not only services in the area, but also the environment. As the number of residents in a neighbourhood grows, services and the use of public transport also grow. And if the infrastructure already exists, the emissions from construction are lower.

We collaborate with cities when areas are being developed and new housing is planned for them. During the reporting year, we continued to develop the Soukka area of Espoo and the “Myyr York Downtown” Myyrmäki and Hakunila areas of Vantaa.

In 2020, we concluded a preliminary contract to acquire three plots located in the Lasihytti area, south of the railway line, in the Kauklahti district of Espoo. Under a local plan revision, an urban residential area for which SATO is planning to build rental apartments is being planned for the current Lasihytti industrial area. We also signed a preliminary contract on a property transaction for a future block of apartment buildings in the Viikki area of Helsinki. Once the city plan is approved, the intention is to build roughly 200 new rental homes and 100 FlexHomes. A proposal called ITIS SITI by SATO’s working group won second prize in the international idea and architecture competition organised by the City of Helsinki, and it was chosen as the basis for continuing the development of Puhos and Puotila.

In the first quarter of 2021, construction was begun on the Wise Mobility City Block planned by SATO and located in Helsinki’s Oulunkylä district on Maaherrantie. The block, located at the junction of the Raide-Jokeri tramline and the main railway, will see the construction of altogether around 500 rental, owner-occupied and part ownership apartments over the next few years. Construction work will begin with three apartment buildings, consisting of altogether 222 rental homes of different sizes. The property will be completed in spring 2023. Geothermal heating was chosen as the heat source, which will reduce CO2 emissions. A further benefit of geothermal heating is that it can also be used to cool the building. A solar power system producing renewable energy is also in the works for the property. 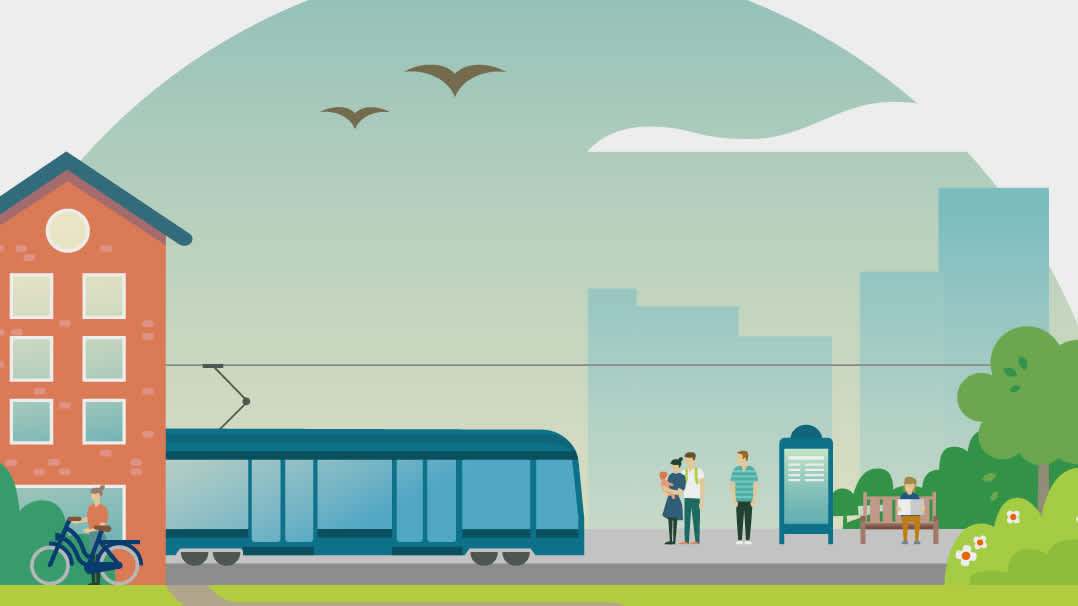